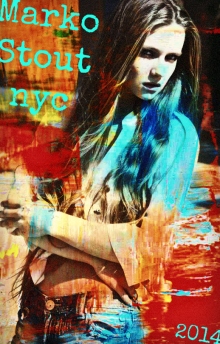 Marko Stout is a multimedia artist and film director based in New York City, known for his fierce depictions of the contemporary urban female. In his newest series, “Chelsea Girls” the women are alienated from their abstracted city backgrounds, seemingly unaware of the industrial grit and fast-paced energy of their surroundings.

In “Chelsea Girls,” Marko offers a window into the essence of city life, while blending in a burst of female vigor. As we are plunged into this obscure scene, we become lost in the electric colors and dynamic brushstrokes, which ignite against the women’s organic sensuality.

Boldly confronting gender stereotypes in art, Marko innovatively subverts mainstream conceptions of female sexuality. In this multi-media series, the artist abandons the cliché of idealizing beauties as serene and attainable in accordance with male-dominated fantasies. His series opposes this convention by depicting young females as fierce and independent within their contemporary urban contexts. As a result, Marko has received a lot of media attention.

The artist works with archival ink on cotton-based gliclée canvas. Each of his fresh-faced girls reveals a strong, unwavering presence, while appearing oppositional to the spectator’s gaze. With their confrontational stare and unwelcoming body language, they all undermine the viewer’s observation and remain in control of their sexuality.

Marko’s graffiti-esque imagery and raw use of color capture the spirit and dynamism of city life with a fervor that is almost aggressive in its approach.The combination of city life and female intensity creates a dynamic, colourful scene wherein the women depicted exude sexuality. However, the women’s sexuality is not passive but authoritative and powerful to the viewer. The resulting impact is a stunning contemporary spectacle. Learn more about Marko Stout here! 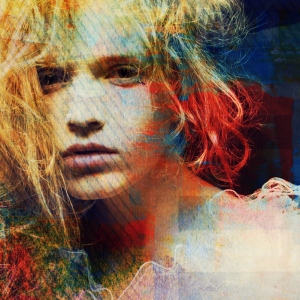 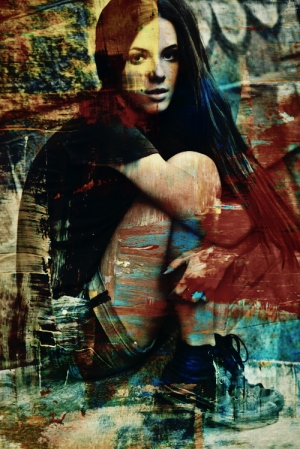 2 thoughts on “Marko Stout and his Chelsea Girls: Fierce & Independent”